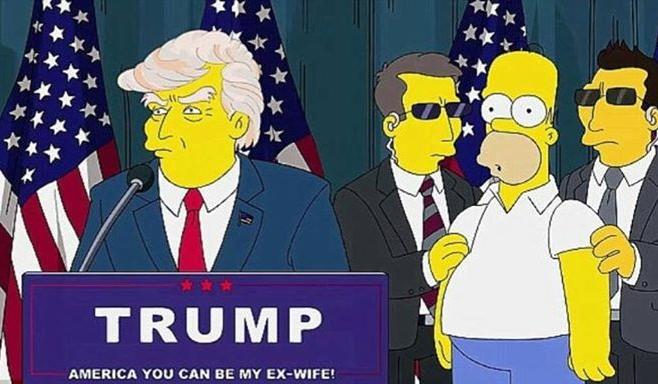 The cartoon television series, The Simpsons, showed Donald Trump as president of the United States 16 years before winning the elections and holding the highest position in the country in an episode the writer says shows “the vision of America going insane”.

Writer Dan Greany says that his episode “Bart to the Future” from the year 2000 “was a warning to America”.

Greany had previously this year told Hollywood Reporter, “And that just seemed like the logical last stop before hitting bottom. It was pitched because it was consistent with the vision of America going insane.”

The creator of The Simpsons, Matt Groening, told The Guardian last month that if Trump is elected, he expects that people will leave the United States, adding that he does not intend to leave “because I actually think it will be amazing in all its horror”.
Trump and Hillary Clinton appeared in another episode of The Simpsons in July this year that showed Clinton becoming president.
Read the original Arabic Al Ghad article.